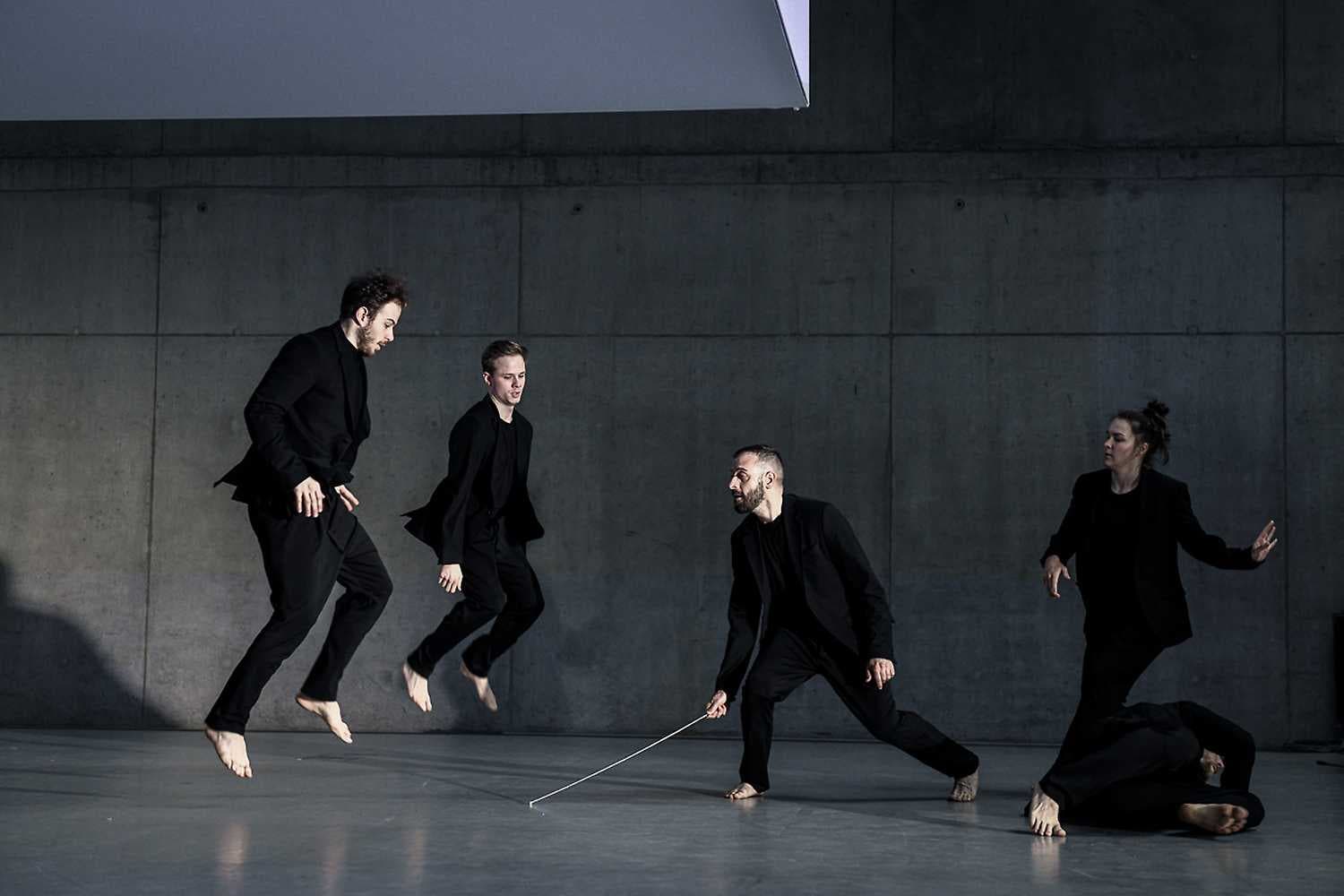 The physical theatre performance and the audiovisual artwork starring child actors are the culmination of Farm in the Cave’s artistic project Commander, which explores the online radicalization of children and youth. Both artworks include authentic dialogues taken from real chats of an extremist online group that was run by a thirteen-year-old boy operating under the nickname “Commander.”

In the audiovisual part, we see these dialogues that happened online transplanted into a new environment: children are saying them while being in common, everyday situations. This clash allows us to see these children in new ways, ways in which we do not want to see them. The children’s conversations about sex, death, and hate have a chilling atmosphere that balances on the border of absurdity, humour, and unease. On the other hand, the performance, by means of physical theatre, depicts a company of immature adults who play their lives like a game. The performers' dynamic movement, the pulse of live music, and disturbing images together create an unusual insight into the digital darkness that most of us are – perhaps intentionally – unaware of.

The production bears the distinctive artistic signature of the Farm in the Cave ensemble. Both parts – the physical and the audiovisual – were created by a team led by Viliam Dočolomanský. The work of the internationally acclaimed physical theatre ensemble Farm in the Cave combines physical theatre, video, film, and live music into a unified work of art and has long been engaged in the exploration of contemporary and neglected social issues. In 2022, the ensemble celebrates the 20th anniversary of its existence.