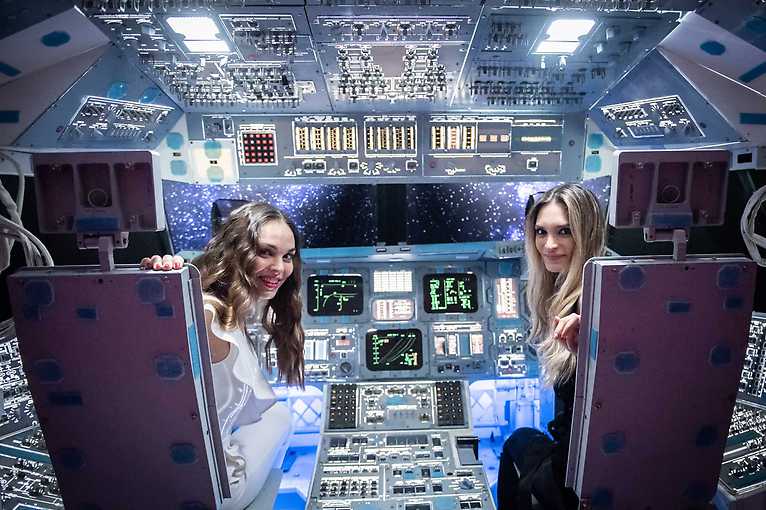 Cosmos Discovery - the space exhibition with NASA exhibits will be held for the first time in Poland. Real spacecraft components, historic elements of astronauts' equipment and the MIR orbital station in 1:1 scale. The exhibition was created in cooperation with the American NASA agency, Cosmosphere Museum, Polish Space Agency and Space Research Centre of PAN. Thanks to a special concept, visitors will be drawn into the story as if they had started the conquest of the universe themselves. The exhibition includes hundreds of original exhibits from the United States and Russia that have been in space, provided by NASA. Thanks to the cooperation with the Space Research Centre of the Polish Academy of Sciences and the Polish Space Agency POLSA, the exhibition will also include exhibits from space missions in which Poland participated. On an area of over 3’000 m2 the visitors will be able to see original parts of space shuttles, orbital stations and spacecraft themselves.

Visitors will be able to see a unique collection of original spacesuits and detailed models of space ships, space shuttles and rockets equipped with original parts. Among other things, visitors will be able to step inside the MIR 1:1 orbital station, see the Mercury spacecraft, the Apollo 11 spacecraft, the Columbia space shuttle cockpit, the Saturn V space rocket in 1:10 scale, as well as the original space shuttle nozzle and the Soyuz spacecraft. Other galleries also showcase all of the U.S. space shuttles and the Russian shuttle, as well as the latest projects by NASA, Space X and other agencies and private companies to colonize the moon and then pilot a flight to Mars. There will also be something for thrill-seekers. In the interactive Cosmos Camp, attendees will experience challenging astronaut training and state-of-the-art 3D technology.