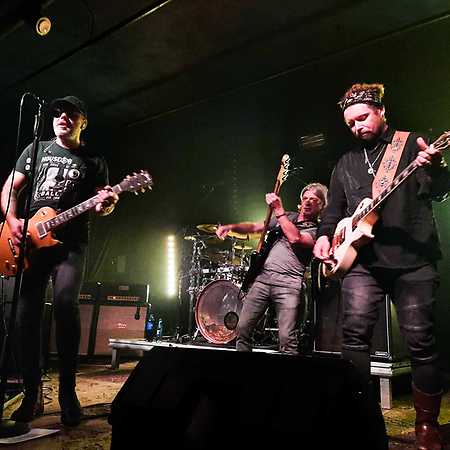 Cree – a Polish band playing blues rock, a style reminiscent of the music of the 1960s and 1970s, was formed in 1993 in Tychy at the initiative of three boys, less than 16 years old – Sebastian Riedel, Sylwester Kramek and Adrian Fuchs. The originator of the name was the musician Ryszard Riedel, Sebastian’s father, who was fascinated with the history and life of the Indians and wanted to have a band with this name in the future.