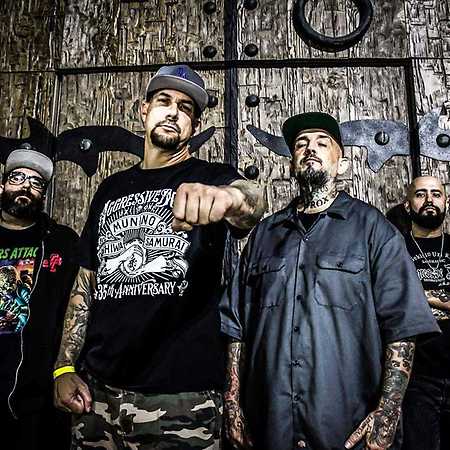 The Los Angeles hardcore Cutthroat crew came into being on the initiative of the legend of the hc scene Neil Roemer, who earned his status as a frontman of the successful Downset formation in the 90s of the XX century, performing a combination of hard core and crossover. Years later, the vocalist gathered around him friends from different musical worlds, but with a similar view of the world and music. Neil’s status and his openness to different sounds allows him to invite guests from such different worlds as hip-hop and commercial soft rock/soft metal. Such an unusual juxtaposition occurred in the song Forgotten, in which one can hear rhyming of Dog’s Dream from Cypress Hill and George Lynch’s solo from Dokken. Apart from Neil, Cutthroat includes three more experienced players – Art Banura (drums), his brother Dan Banura (guitar) and Jesse Gomez (bass).