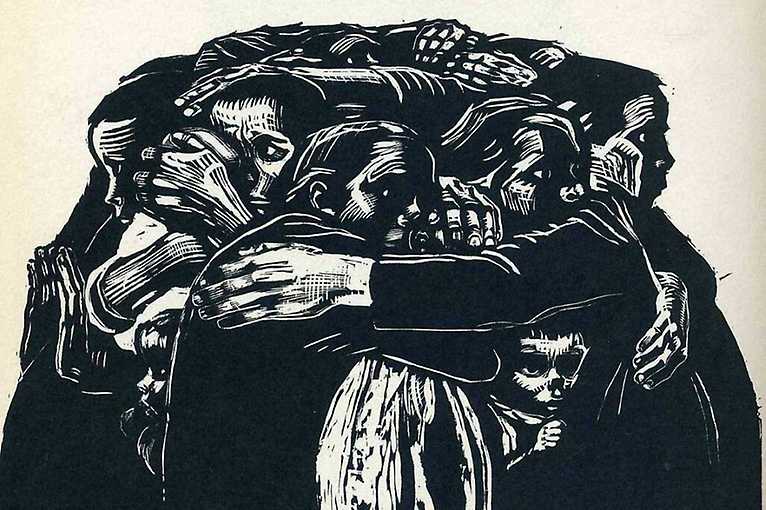 The third from a series of six lectures by the Art Transfer Foundation, devoted to the drawing and graphic works of artists who became virtuosos of the black line.

Käthe Kollwitz is one of the most important German artists of the first half of the 20th century, known above all for her etchings and woodcuts collected into series of works. As the wife of a doctor practising among the poorest, she was particularly sensitive to the fate of the weakest, women and children. As a mother, she lived through an experience of loss during the First War that made her a pacifist. It is my duty to tell of the suffering of humanity piled high, she once stated, this is my task, which is not easy to perform. In the 1930s her pacifist, socially and politically critical works were considered degenerate art by the Nazis and were removed from museums. Today, her work can be found in the collections of the world's most important museums, including the Art Institute of Chicago, The Museum of Modern Art in New York, the Käthe Kollwitz Museum in Berlin and the Albertina in Vienna.

Lecturer: Ewa Szachowska – art therapist, coordinator and author of educational projects and a long-term associate of the Art Transfer Foundation (since 2013).  She collaborates with the Museum of Modern Art on the Vistula River in the project Mature Wonderful. Conducts workshops, guided tours, lectures and various educational activities using the medium of art, dedicated mainly to adults, especially seniors, but also to people with disabilities and children. She is passionate about art history - both by education and by avocation. She deals with education through art and art therapy both from the conceptual and workshop side. She also conducts workshops and works as a guide in the Botanical Garden at the University of Warsaw.