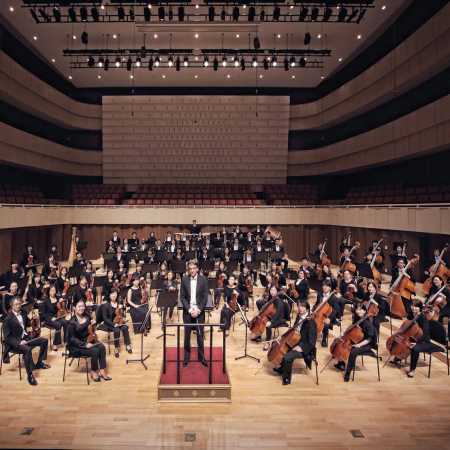 Daegu Symphony Orchestra with half century of history (founded in June 1964) has been providing a wide range of music world by trying various repertories passing through ages and experimental stages as new projects. Recently, they are performing popular music that is considered as masterpieces among the classical music, and also talented member of Daegu Symphony Orchestra presents performances with promising and young accompanied performers.

Daegu Symphony Orchestra holds ‘subscription concert’, various ‘project concerts’, and ‘visiting concerts’ annually to expand the base of classical music, and they relieve the cultural thirst of citizen. Also, they are leading in hunting and promoting the rising star of classical music by planning and holding the ‘Night of Youth Concerto’ and ‘Night of University Student Concerto.’

In March 2010, Daegu Symphony Orchestra successfully completed the first overseas concert held in Tokyo and Osaka, Japan for the promotion of ‘International Amateur Athletic Federation(IAAF) World Championships Daegu 2011’, and also they are invited to the national tour concert and ‘Symphony Festival’ held in Seoul Arts Center, etc. Daegu Symphony Orchestra is being considered as one of the best symphony orchestra in Korea. Moreover, in October 2011, they were officially invited to “Asia Orchestra Week 2011” held in Tokyo, Japan as a Korean representative, and received acclamations and applauses after giving an opening performance.

Just like the masterful elders, Daegu Symphony Orchestra accepted Julian Kovatchev, a world class conductor, as a music director and conductor in April 2014 and raising themselves into the world class orchestra with his substantial and balanced performance and earnest study. With the beautiful harmony of talented members and conductor, they are planning to present high-class classical music to the audiences.

JeugdOrkest Nederland (The Youth Orchestra of The Netherlands)