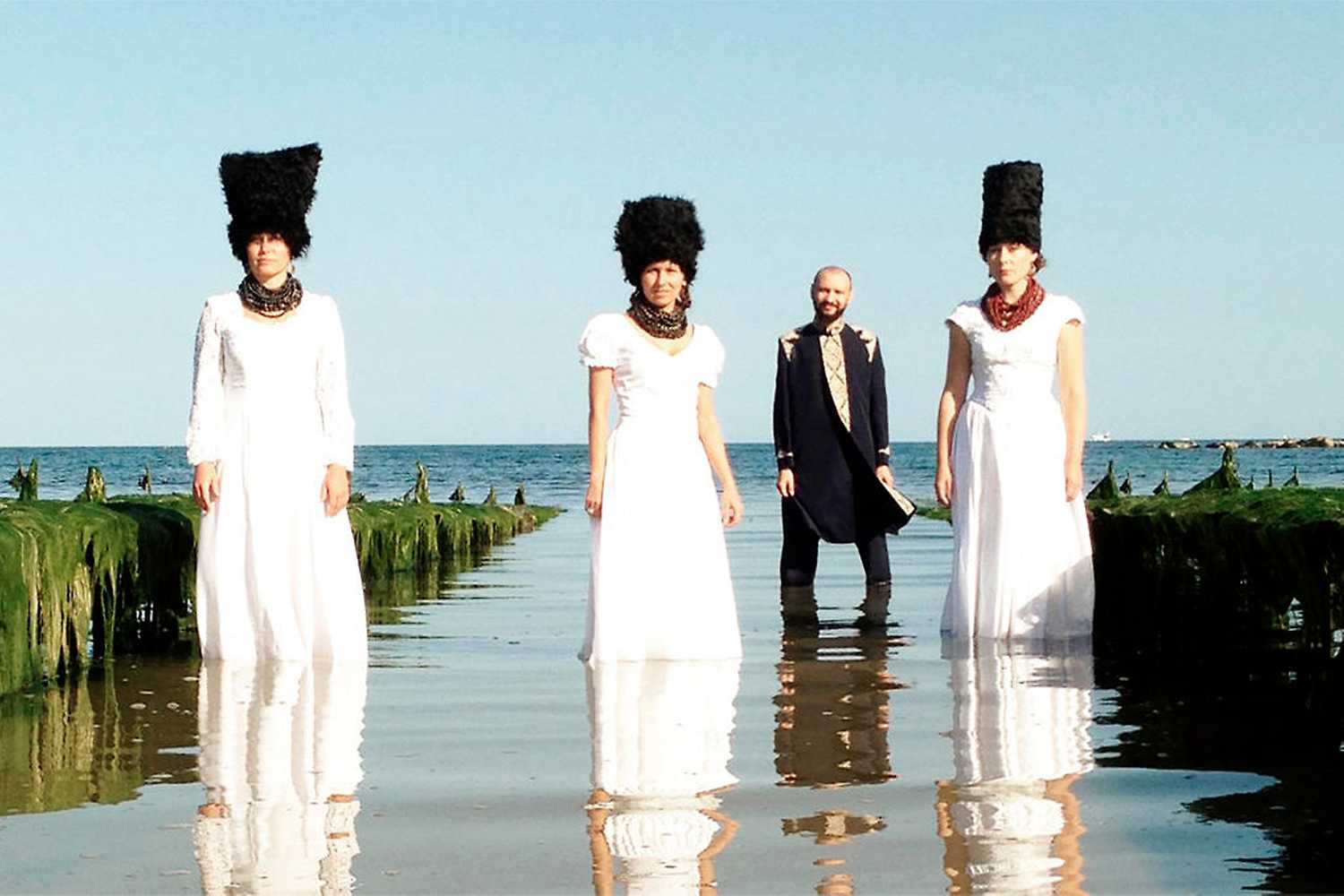 DakhaBrakha return triumphantly to Poland for a club tour. Known for their exceptional shows, the quartet will visit Warsaw, Gdansk, Poznan, Wroclaw and Krakow this November.

DakhaBrakha is one of the most exciting bands from Ukraine, as well as from the whole of Eastern Europe. Their absolutely unique style, called "ethno chaos" by the artists themselves, combines influences of traditional Ukrainian folk songs with experimental improvisations, the roots of which can be traced from Africa to Australia. DakhaBrakha's concert is an inspiring, non-obvious performance that sticks in the memory for a very long time. It is no exaggeration to call them the most recognisable ambassadors of Ukrainian culture in the world. After all, they have already played in the huge concert halls of Europe, Asia and the Americas, as well as at the largest popular music festivals, including the legendary Glastonbury, and videos from the studio are going viral in no time. The uniqueness of DakhaBrakh's music comes from the authenticity and power of the message achieved through seemingly simple means. The traditional instrumentation combined with the moving vocals of the artists creates a performance that absorbs the listener completely.

DakhaBrakha was formed in 2004 at the Kiev Centre for Contemporary Art "DAKH" – the name of the ensemble comes from the Old Russian words даха and браха meaning "to give" and "to take". It consists of: Marko Halanevych – vocals, darbuka, tabla, didgeridoo, accordion; Iryna Kovalenko – vocals, djembe, bass drum, accordion, percussion instruments, bugay, zgaleyka, piano; Olena Tsibulska – vocals, bass drum, percussion instruments; Nina Garenetska – vocals, cello, bass drum. The artistic director and originator of the ensemble is the avant-garde director Vladyslav Troitskyi, thanks to whom DakhaBrakha's performances are so visually remarkable. For the November concerts, the band has specially prepared a new and unique stage setting.

The exact concert schedule will be posted here and on the organizer's website the week of the event.