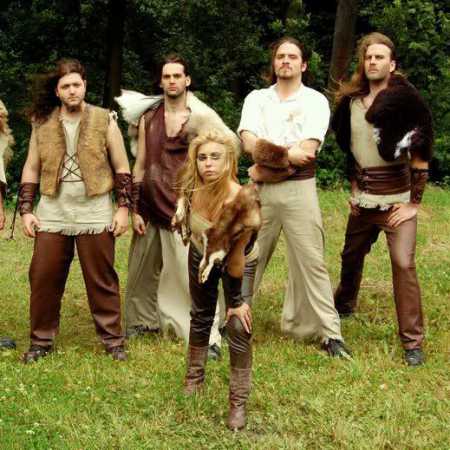 Dalriada is a Hungarian folk metal band formed in 1998, which presented its first musical release only in 2003. The main position on stage in the seven-person band is occupied by Laura Binder (vocal, violin and flute) and András Ficzek (vocal, guitar), while the band’s instrumentarium also includes bagpipes and keys. They sing in Hungarian, drawing on Hungarian legends and poems, although the sources of the band’s name are in the British Isles. It is worth adding that in the folk metal performed by the Hungarians, the metal element is very strongly present, and their music is aggressive and at the same time highly melodic.