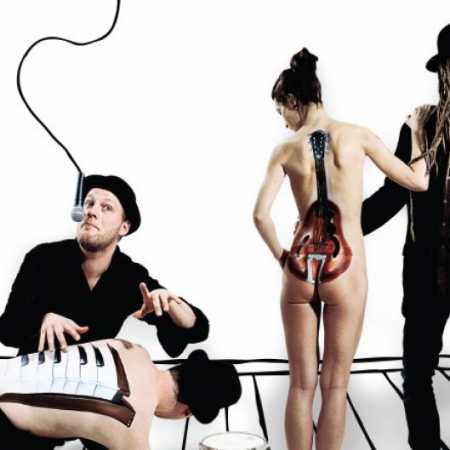 Although the group Dánjal generally considered to be Danish, made ​​up of musicians from almost all the European North: except Denmark also from Sweden, Finland and the Faroe Islands. Frontman is manic narrator for piano Danjal á Neystabø just the latter archipelago. He is in his texts, full of humor and irony, does not hesitate incorrectly wiped completely uninhibited practically everything. Musically, the songs are Dánjal mixture of rock and folk music mixed with elements of Balkan and klezmer. The band has to account for a relatively short period of existence has two albums The Palace (2010) and The Bubble (2012). In the period between the publication of the Dánjal played at the prestigious music fair WOMEX and in 2012 toured the Colours of Ostrava. – Translated by Automatic service