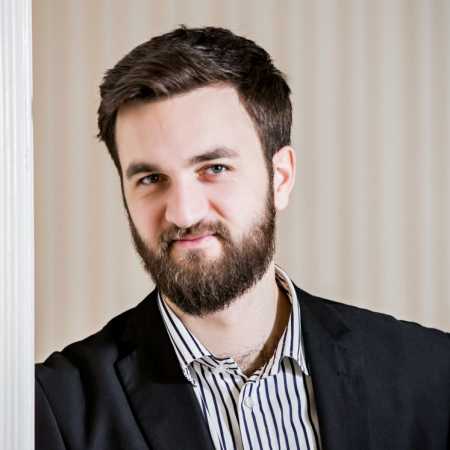 Croatian-born David Oštrek studied voice at the University of Music and Performing Arts Vienna and has since been a finalist and winner of numerous singing competitions. In 2010 he made his debut in the role of Aeneas in the opera Dido and Aeneas at the Croatian National Theater in Varaždin under Laurence Cummings. There he sang Captain MacHeath in The Beggar’s Opera and Adonis in John Blows Venus and Adonis. Il Dottore he sang in La Pulcinella and Achis in the opera David et Jonathas. In 2014 he appeared in the role of Masetto in Mozart’s Don Giovanni in the Schlosstheater Schönbrunn. In 2015 he appeared as Dulcamara in Donizettis L’elisir d’amore at the Daegu Opera House in South Korea and in the title role of Puccini’s Gianni Schicchi at Schloß Schönbrunn.

He has been a member of the Liz Mohn Culture and Music Foundation’s International Opera Studio at the Staatsoper Unter den Linden since the 2015/16 season. There he sang Il Commisario in Madama Butterfly, Magician in Mario and the Magician, bass solo in Rossini’s Petite solenselle, Doctor Grenvil in La traviata, Fiorello in Il barbiere di Siviglia, Lakai in Ariadne on Naxos, and director Hummel in Die Ghost Sonata by Aribert Reimann. In 2016 he made his debut as Leporello in Don Giovanni at the Bregenz Festival. In 2017 he sang Figaro in Le nozze di Figaro in the City Theater Wels, Zoroastro in Handel’s Orlando at the Dubrovnik Summer Festival and Frate in Don Carlo at the Staatstheater Braunschweig.