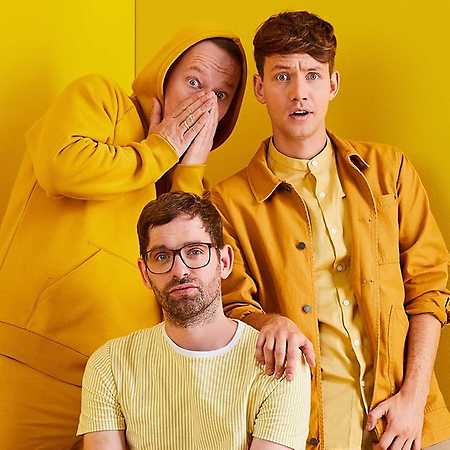 Deine Freunde is a German music group that plays music for children. The band consists of Florian Sump (former drummer of Echt), Markus Pauli (music producer and live DJ of Fettes Brot), as well as Lukas Nimscheck (Tigerenten-Club-Moderator). Based on the children’s songwriter Rolf Zuckowski, the group initially wanted to call themselves Rolf Zuckopfnicks and asked Zuckowski for permission. Finally, they rejected the idea in favor of the name of Deine Freunde. Zuckowski supported the band, however, by founding the label noch mal!!! In 2012 the first album Ausm Häuschen was released by Universal Music.