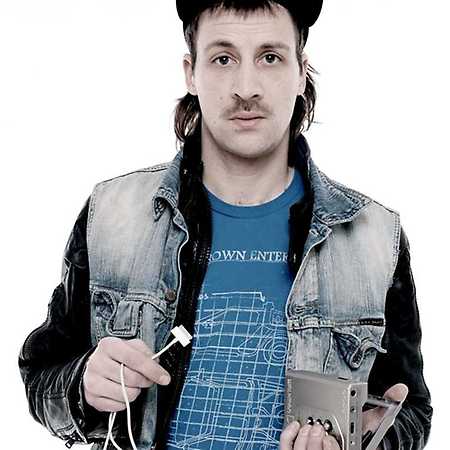 Dendemann, born in Wickede in 1974, had already gained his first professional experience with the group Arme Ritter. In 1995 they released the Maxi Disco 95 via Sony/Epic and then toured as the opening band of Fettes Brot. On this tour, Dende met his future Eins, Zwo Partner, Rabauke, the tour dj of Fettes Brot. Moving to Hamburg. Production of the Sport demo, release on Yo Mama Records, tour as a supporting act for the five star Deluxe.

Eins, Zwo made an impression. It shared an extremely observant mind in a way that was just fun to listen to. To offer something, but not impose it on the listener, that is the writing quality that characterizes Dendemann’s style. Rhymes with more than one syllable baffled the rap experts and made clear quickly: Shut up, here raps a master!

A year later, in 1999, followed the debut album Gefährliches Halbwissen and charted on rank 10. Now everyone knew Eins, Zwo. And not just the hip-hop world, which at the time was unique. Eins, Zwo was one of those bands that are firmly anchored in a subculture, but they work well beyond. And that was mainly due to Dende and the attitude conveyed in his lyrics and his demeanor.

In 2001, Eins, Zwo released their second and last album under the pragmatic title Zwo. Tours followed and in 2002 the split up of the band. Dendemann, who as MC of the band was always the man in the foreground anyway, simply continued his career solo. And it was his self-reliance in style demonstrated from the beginning and his peculiarity that helped him to do so successfully and to this day.

In 2003, Dendemann publishes the self-produced EP Das Schweigen Dilemma. A sign of life between the end of Eins, Zwo and the 2006 release Die Pfütze des Eisbergs. Already on this album Dendemann opens up to rocking sounds and instruments. His rough voice fits perfectly. Dende knows how to incorporate rock aesthetics authentically into his version of HipHop without doing lame crossovers. The concept works. This time he does not tour with rap acts, but with the Berlin punk rockers Beatsteaks. Herbert Grönemeyer also takes Dende on tour. 2008 then the live album Abersowasonvlive.

However, it will take another four years until the next regular studio album. _From Vintage * was produced by Moses Schneider. This time it’s not samples and beats, but live instruments that carry Dendes raps. The album is number 9 and is priced. Another tour with the Beatsteaks

and numerous shows on all major festival stages.

Dendemann, this is the hip hopper that others like and he doesn’t have to change himself for that. The indie and punk rockers, the ravers and the emos like him. Although authentically anchored in the rap culture, Dende’s lyrics are more than style exercises. They are stories, masterfully written and delicately as sovereign as they are idiosyncratic. There are always very few artists who can work beyond the genre boundaries of their own (sub-) culture. Dendemann is one of them. It rocks and rumbles in the box. At the end of the day, Dendemann productions simply belong in the cheese, leather and wine category: they mature with the years. Every couple of years he adds a new album. And that lasts for a long time.

Since February 2015, Dende is the master of ceremonies in the much-acclaimed ZDF Neo Magazin Royal with Jan Böhmermann. Every week he and his live band The Free Radicals sound the TV station.