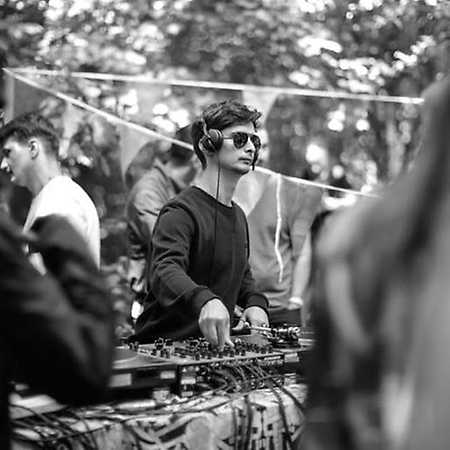 As a DJ, Derëk made his DC10 debut for Pandemonium at just seventeen, and his no-nonsense swingy selections have since seen him spin at some of the sickest parties, like Cocoon Heroes, Transahara Festival and return dates in Ibiza for Circol.

Derëk was only 14 when electronic music gave him ideas and soon after he learned to mix with fierce determination. He started producing and three years later he made his debut at DC 10 for Pandemonium. Since then, his music could be heard in clubs like Club Der Visionaere (Berlin), Circoloco (Ibiza), Ibiza Underground, Sunwaves and many more others.

With releases for well known labels like Hourglass LTD and Parang, his work is shaped by electroacoustic, musique concrete, glitch, leftfield, and all together are just like a great combination of sounds that qualifies Derek’s music as a composite and distinct one.

Founder of his own label, VHS Records, Derëk will not let any day pass by without harmonize and sort notes, making him a young producer and DJ that definitely brings for Sunrise roster a minimalistic sound with a special swing that will be boring.