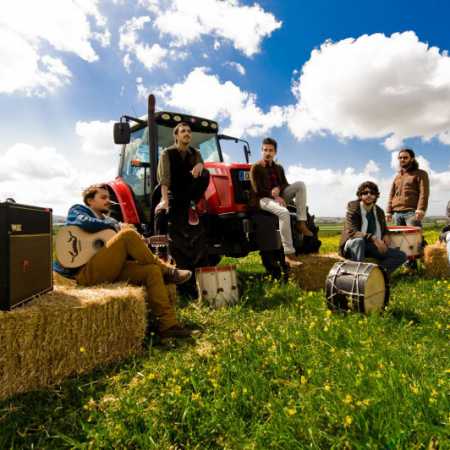 Their MySpace profile states a magical combination of genres which the Lisbon group enjoys: folk / hardcore / roots music. Ever since its beginning, the band is considered a certain connection between typical Portuguese popular music and current music styles.

It clearly is a band that is oriented to rock music; however, the rhythms and melodies definitely do not build on the Anglo-American typology: they bring the maritime lightness and dancing spirit. The exotic magic certainly benefits from the melodic Portuguese language as well.