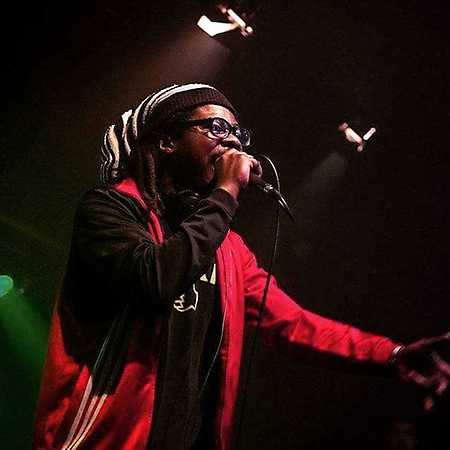 Diamondog is an Angolan rapper currently living in Berlin. His style of music is characterized as political and Conscious Rap. Diamondog is a journalist, documentary filmmaker and holds a master’s degree in visual media and anthropology from the Free University of Berlin. Diamondog has been a rapper since 1998 and had first contact with hip-hop culture at the age of 16 while completing a journalism course at the Institute of Economics in Luanda. Diamondog has been touring Barcelona, ​​Porto, Braga, Gaia and Matosinhos in Portugal and has performed in Krakow and in Brazilian cities such as Rio de Janeiro, São Paulo, Salvador, Belo Horizonte and Curitiba, as well as various German cities also in cooperation with Afrika Bambaataa, Marcelo D2, Thaide Dual Thaide and DJ Hum, Tianastacia, Wilson Sideral, Leandro Ferrari, Marku Ribas, Black Sonora, Tambolele, Dj Primo, Olodum Creative School, Shameema-Godessa and many others.