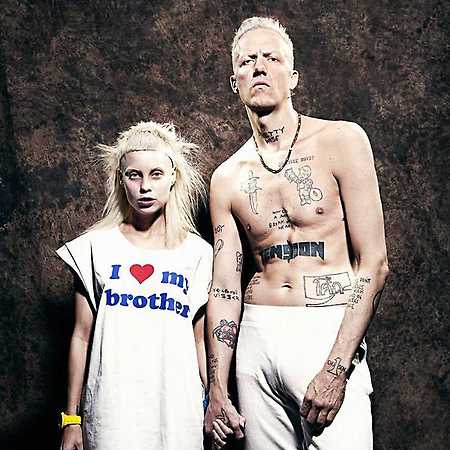 Die Antwoord  I Fink U Freeky

Die Antwoord is a South African hip-hop group formed in Cape Town in 2008. The group consists of the rappers Ninja and Yolandi Visser, who form the male/female stage duo, and producer God (formerly DJ Hi-Tek). Their band philosophy is based on the South African counterculture movement known as Zef and has incorporated work by other artists associated with the movement, such as photographer Roger Ballen. T

In 2009, Die Antwoord released their debut album $O$ for free online and attracted international attention with their music video Enter The Ninja. After briefly signing with Interscope Records, in 2011 they founded their own label, Zef Recordz, and released their second and third studio albums, Ten$Ion (2012) and Donker Mag. In 2016, they released their fourth album Mount Ninji And Da Nice Time Kid.