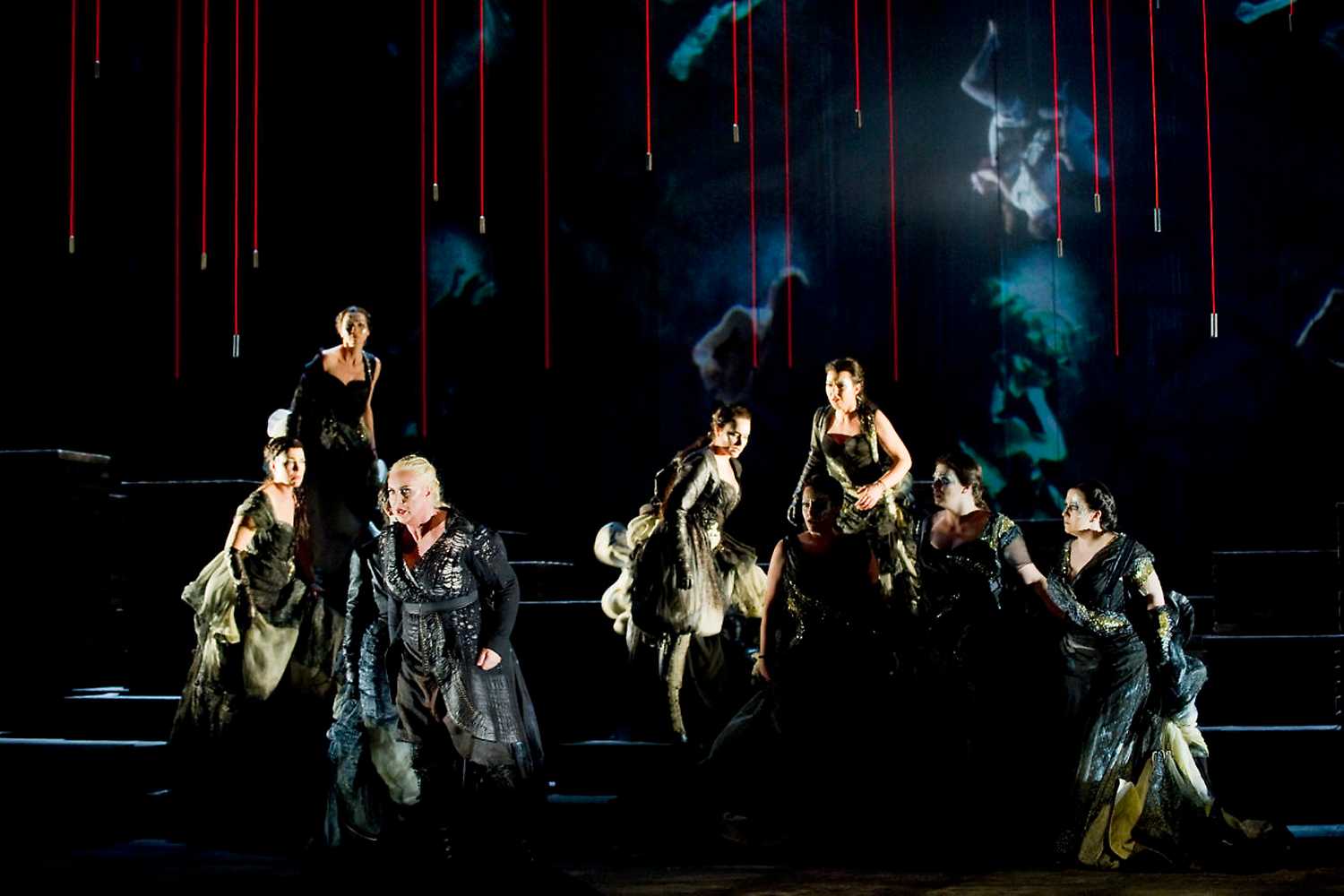 A pair of human twins who love each other, a divine couple whose tiff touches the foundations of their own existence, a heroic daughter who resists her father’s will and is made to atone for it – this all belongs to the complex constellation of Wagner’s Walküre. With Siegmund and Sieglinde, the Ring virtually begins anew to dramatic music.

Now people, with their distinct thoughts and emotions, are introduced into the mythical narrative for the first time. Irrepressible passion stirs, finding expression in both the libretto and music. The characters’ emotional impulses are vividly conjured up in the score, creating truly magical connections between what is said, meant and heard. The epic dialogues and arias that take place between Siegmund and Sieglinde, Wotan and Fricka, Brünnhilde and Siegmund, and Wotan and Brünnhilde, culminating in the "Zauberfeuer" (Magic Fire), are certainly among the most intense pieces to have been composed for the operatic stage. With the Walküre, completed in 1856, Wagner succeeded in creating a work that both corresponded to his aesthetic guidelines and captured the audience with its immense expressive power.

In German with German and English surtitles.