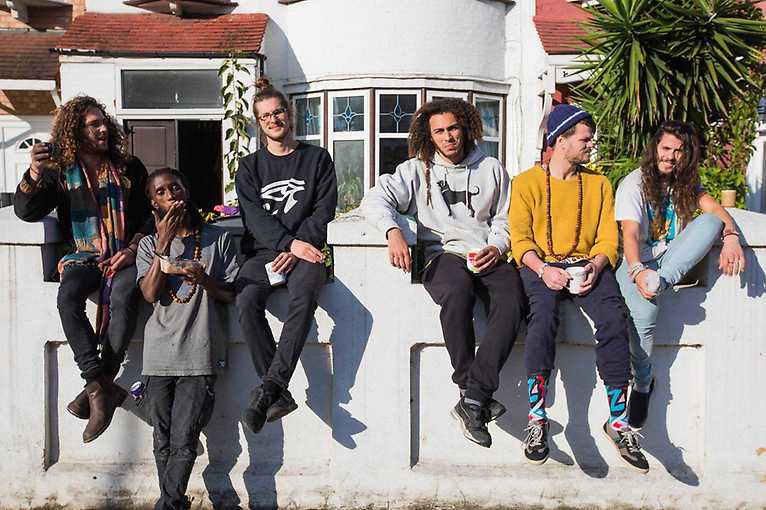 The SPATiF club will visit the British jazz band Cykada and the Polish beat band Himalaya Collective (aflo, Awgs, bknd, Brak Oczu, konstanty kostka, knstnty and Kxllage). In areas of intensive presence of songbug bugs – commonly known as cicadas – it is usually impossible to escape from the characteristic sound of these insects, which intensity sometimes reaches 120 dB. In the global audiosphere, whose driving wheels are the missed groove, hypnotic trance and post-bit motoring, the last few years, however, cannot be omitted the role played by Great Britain in bringing jazz back to the streets. And although Shabaka Hutchings is the most frequent figure in this context and a number of projects involving the charismatic leader Sons Of Kemet, The Ancestors or The Comet is Coming, behind the current renaissance of syncopated rhythms from London there are numerous ranks of lesser-known instrumentalists who meet most often in the local… cultural centres. They gather there primarily to spend time together, but these meetings usually also result in recordings. Pieces, compositions or collective improvisations, in which apart from jazz traditions, one can also hear dub, hip-hop, electronic or bit revolutionary experiences that have taken place over the past few decades. Pieces, compositions or collective improvisations in which, besides classical instruments, there are often tools, techniques and solutions that are not known to such spiritual patrons of the musical uprising as John Coltrane, Pharoah Sanders or Sun Ra. Pieces, compositions or collective improvisations reminding us of the importance of the notions of community, spirituality and consciousness in the history of jazz. One of the most intriguing bands recording similar recordings is Cykada, which became known to a wider audience less than six months ago by releasing its debut album on Polish Astigmatic Records. On September 27th the London collective will perform on the stage of Spatif club, and the scene for their concert will be prepared by Himalaya Collective representatives, who put samples and sequencers above the classical instruments, but what is the missing groove, hypnotic trance and post-bit motor skills they know more than many jazz orthodox musicians.