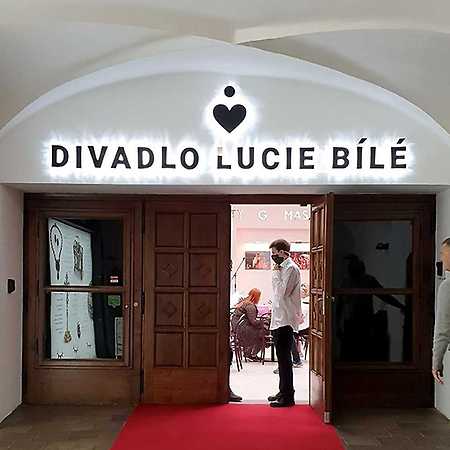 The theatre is located near the Charles Bridge in Charles Street in Prague. For a long time the theater was very popular because of its musical production. But after a heated discussion on the financing of Prague theaters the owner decided to stop expensive production and he rather turned into black theatre production which was mainly for foreign visitors of Prague. In 2020, the theatre went through a re-branding; it is now called the Theatre of Lucie Bílá and is focusing at musical production.