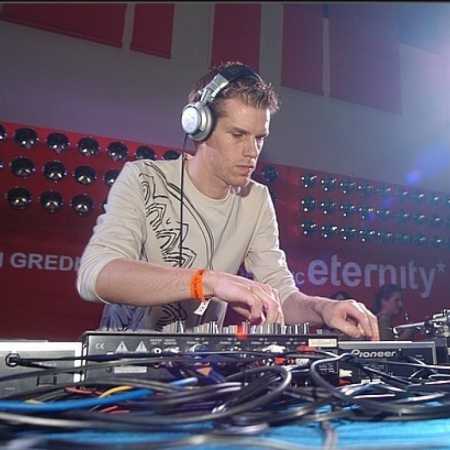 Dutch DJ San, in the Republic of well-known events such as Transmission, Summer of Love, TDK Timewarp or Pleasure Island is currently cut boundaries around the world with her debut album Kiss of Life. The first two singles from this album have been deployed to broadcast MTV and climbed to the top positions in musical charts in several countries. In his Kiss of Life Album Release Tour, San introduce the album and the Czech audience in Saturday, February 4th at club Roxy.

Shan’s first big success in the dance scene came a decade ago Release Solid Sessions – Janeiro. The single reached the Top 10 in 11 countries! Another big success was his track Nothing Remains the Same, who got the first position in the ranking of sales on Beatport.com (trance chart) and can be found incidentally on debut Kiss of Life.

During his career, San collaborated with Armin van Buuren, Tiesto, Ferry Corsten, Marco V, MIKE, Dash Berlin and many other famous names. The biggest success was the San in 2011, when his debut album Kiss Of Life published by Sony Music Publishing. The album was released in countries such as Finland, Greece, Belgium, Poland, Bulgaria, Italy, Russia, Asia (Universal), the Middle East (EMI / Virgin) and others will follow. The first two singles Kiss of Life, and I Feel You already scoring points in world music ladders, radios, and even incorporated into rotation on MTV.

Tracks from the album Kiss Of Life also found on various compilations. For example, Ferry Corsten ranked track Lose It All on their compilation Once Upon A Night Vol.2. Richard Durrand you then for his compilation In Search Of Sunrise 8 chose Shan even two tracks, namely Kiss of Life and Kissed By the Sun. – Translated by Automatic service