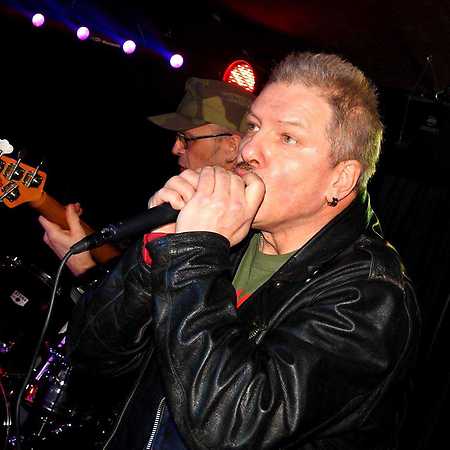 The band from Złotoryjska was founded in the spring of 2011 by Krzysztof Hoode Kalinowski and Rafał Raviciosa Chmielewski. The drummer Wojciech Hanka Hanysz joined the project and in this composition the band recorded the album Dobra-Dobra … Probably Ty. In the last century, Hoody and Rav played together in 1983 in the band Neo-Haos. In the spring of 2017, he joins the band Arturo Cicatriz Schneider, introducing the sound of the harmonica and an additional japa for tearing. Harmonica in punk? Sure – see Uk Subs, GBH. In this team, in 2018, the second album Yhy was recorded.