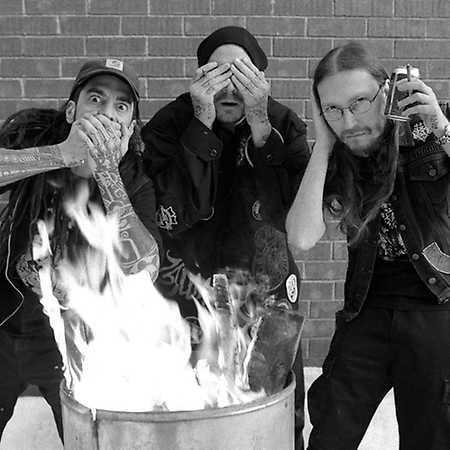 Dopethrone are a band from Montreal, Quebec, Canada. Active since 2008, this DIY band is known for their abrasive mix of sludge, stoner and doom with lyrics based in murder, cannabis and sleazy drug abuse. Although some people think they are named after the Electric Wizard album, they hold no dedication to the Electric Wizard sound.
Their first released studio album is called Demonsmoke (2009) which was followed by Dark Foil (2011) and Hochelaga (Totem Records, 2015). In 2018 they published their Album Transcanadian Anger.