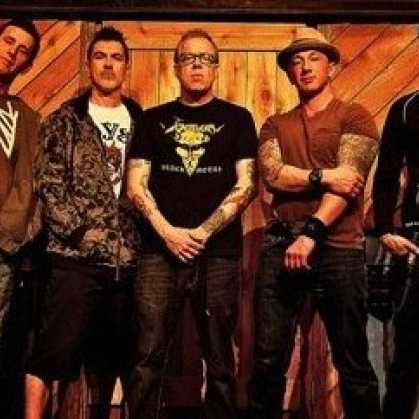 About Down By Law

Down By Law is a four piece band, what goes punk rock since 1989 and while in that time the band turned awful lot of musicians remains a frontman Dave Smalley (guitar, vocals), tirelessly going on. True, in 2003, gave a five-year break, but as they say – during that rested, and took strength to be able to spin it again to 110%. Down by Law are not any penetration old who would enjoy commercial success and the first rungs of the charts. Although often mentioned as a source of inspiration and model for many of the greats. The band has collected seven studio albums, of which the most successful are those of the mid-90th years that Down by Law issued under the wings of Epitaph Records. And no wonder, after all, had its debut in 1991, simply called Down by Law, Production executive was under the thumb label owner and Bad Religion guitarist Brett Gurewitz. – Translated by Automatic service

GoOut.net > Artists > Down By Law