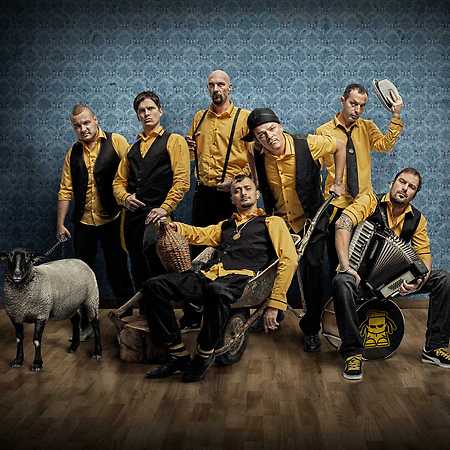 Dubioza Kolektiv is a Bosnian avant-garde dub rock group that was formed in 2003. They are known for their crossover style that incorporates elements of hip hop, dub, ska, reggae, rock, punk, electronic music, and Balkan music, and for their socially and politically conscious songwriting with lyrics in multiple languages. Dubioza Kolektiv released their self-titled first album in April 2004. They have released more than nine albums since, including Wild Wild East (2011) and #fakenews (2020).