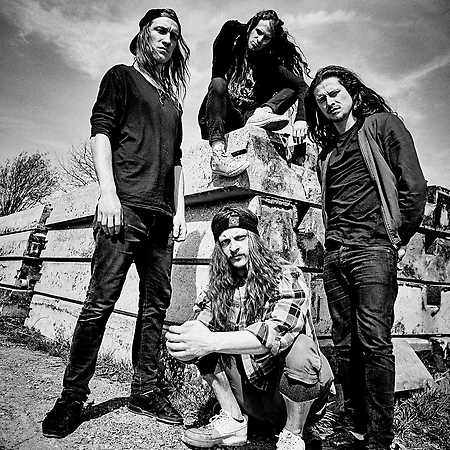 Dust Bolt is a Thrash Metal band from Germany, that was formed in 2006.
When they put out their debut record Violent Demolition in 2012 Singer/Guitarist Lenny Bruce, Drummer Nico Remann , Guitarist Flo Dehn and Bass player Bene Münzel were still teenagers. In 2014 Awake The Riot made waves in the international metal-scene.
Just another two years later the Bavarians made the next step with Mass Confusion, which led to an invitation from Metal-Legends Exodus and Obituary to an US-Tour.

We Exist Even Dead