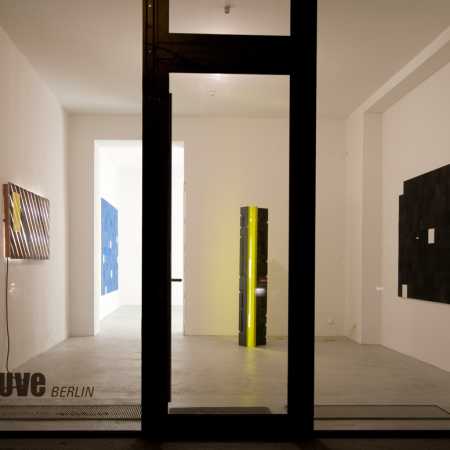 Duve Berlin is an independent art gallery with a focus on emerging Berlin-based artists, that was founded in 2007 by Alexander Duve and Birte Kleemann. In 2008 Alexander Duve became the sole proprietor.

The primary focus of the program is to provide a critical platform for conceptually driven and contextually aware painting, sculpture, video, mixed media and print. Duve Berlin is specifically interested in showcasing artists whose artistic positions centralize around urbanism, late capitalism, identity politics and contemporary political flux while simultaneously meditating on historically conscious techniques and associations.