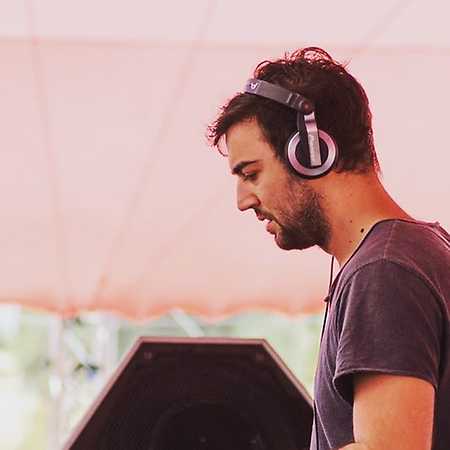 Marko Radovanovic, from Belgrade, Serbia, took the essence of the Solar Eclipse and transformed it into a musical phenomenon that mixes the sun and night aka his alter ego – E-Clip. Along the way, he polished his precision and beat skills while he was playing as a drummer in Hardcore and New Age bands. And as a new star in the celestial sphere of Progressive Trance he absorbed a lot of inspiration from artists such as Jean Michel Jarre, Pink Floyd, Klaus Shultze and Astral Projection. The big change for Radovanovic was similar to the process of Solar Eclipse; where the moon decides he wants to follow the sun’s fire and hot atmosphere. Radovanovic fell in love with the heat and energy of the other side of the decks of the Psychedelic Trance parties, and made his move. Thus, soon after he entered the psychedelic world in 2002, he started to produce music as well. His first experiment was under a different more Full-Onish alter ego, named Beyondecliptica, and with it he released his debut album in 2008, ‘Groove technologies’, in the Greek label Medusa. Then Radovanovic realized it was time to undermine nature’s course and bring E-Clip to the world in 2009. Since that moment of creating his unique manifestation, he released music in various labels including: Blue Tunes, Spin Twist, Oxygen, Prog On Syndicate, Yellow Sunshine Explosion. Of course Iono Music spotted his magical influences and joined him to the family. His recent EP ‘Press Hold’ at Iono that came out in November 2011 is just a taste of the many trips he will make on the orbit of the sun while inviting the moon to join occasionally.