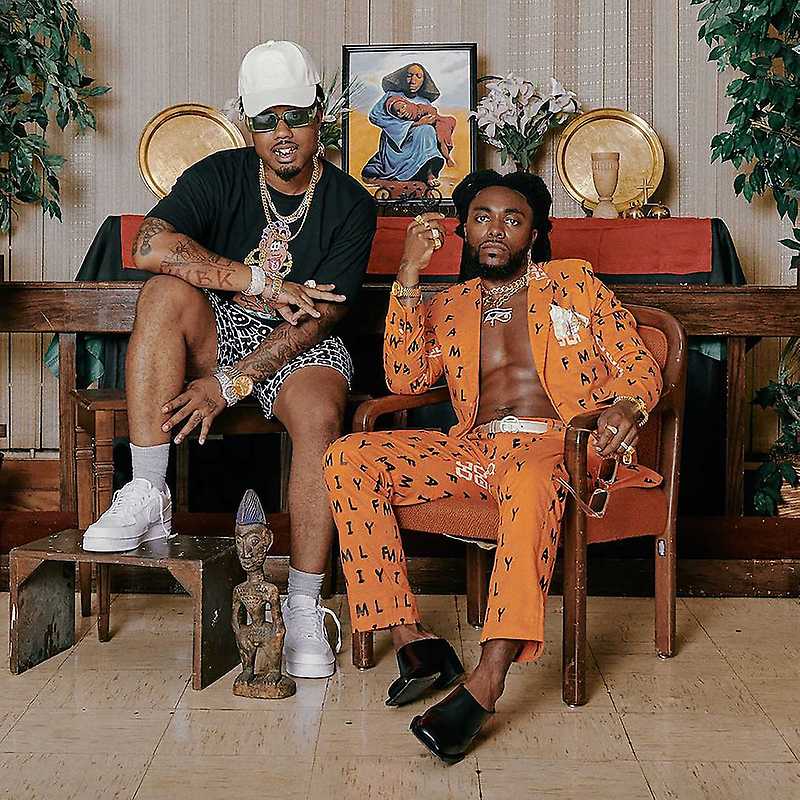 Earthgang  All Eyes On Me

EarthGang is an American hip hop duo from Atlanta, Georgia, composed of Atlanta-based rappers, known by their stage names, Johnny Venus and Doctur Dot. They are co-founders of the musical collective Spillage Village, with J.I.D, Hollywood JB, JordxnBryant, 6LACK, and Mereba.

Formed in 2008, EarthGang released their first EP, The Better Party, in 2010. This was followed by several singles and two mixtapes, Mad Men and Good News in 2011. In 2013, the duo released their debut album Shallow Graves For Toys and was largely well-received, with Noisey calling it “one of the most well thought-out releases of the year” and praising the album’s “playful delivery and biting lyricism.” Their sophomore album, Strays With Rabies was released positive reviews and critical acclaim in 2015. After signing to J. Cole’s Dreamville Records, EarthGang released a trilogy of EP’s: Rags, Robots, and Royalty, leading up to their third album, Mirrorland.