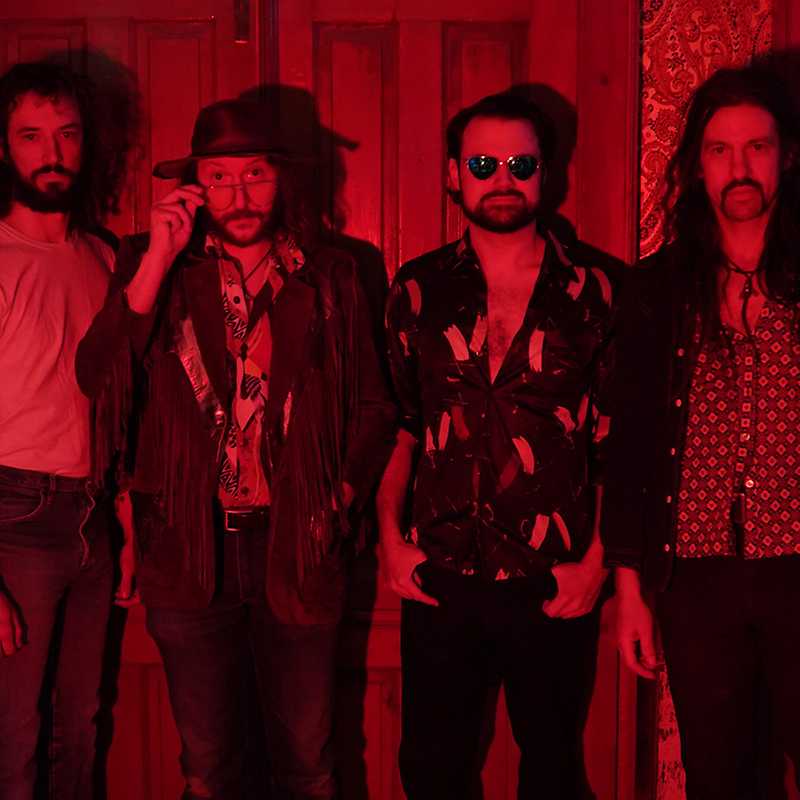 Ecstatic Vision  Shut up and Drive

Ecstatic Vision introduced their brand of heavy primal psych influenced by groups like Hawkwind, Aphrodites Child, Olatunji, Can and early Amon Duul ll in late 2013. Formed in Philadelphia to primarily “play what they wanted to hear,” the band quickly rose to those in the know as a force to be reckoned with. Ecstatic Vision signed to Relapse Records on the power of a demo and their psychedelic freak out, primal live concerts. Their debut LP, Sonic Praise saw a release by Relapse in June 2015 and during this time the band toured the US with prestigious acts such as Enslaved, YOB and Uncle Acid & The Dead Beats in addition to numerous shows with the likes of Earthless, Red Fang, Acid King and many others. After the For The Masses tour was cut short due to the pandemic the EV boys took a much needed break. They re-grouped a year later and started jamming what would become their new album. In fall 2021 the band recorded live at RetroCity Studios in Philiadelphia with Joe Boldizar. He brought the band out of the muck and together they produced their best sounding record to date. The band released their newest album Elusive Mojo in May 2022 before starting a massive 7 week tour of Europe.