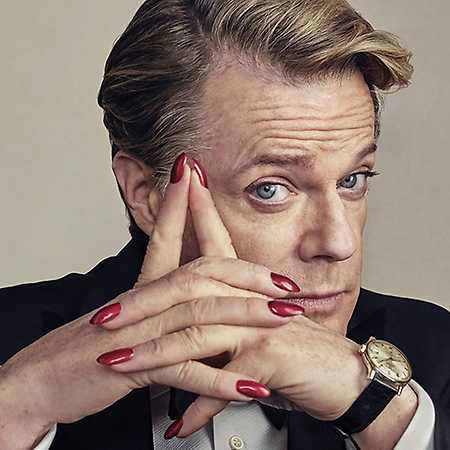 Eddie Izzard  French Grammar, Brexit And Trying To Get His Mother Back

Edward John Izzard is an English stand-up comedian, actor, writer and political activist. His comedic style takes the form of rambling, whimsical monologue, and self-referential pantomime. He had a starring role in the television series The Riches as Wayne Malloy and has appeared in films such as Ocean’s Twelve, Ocean’s Thirteen, Mystery Men, Shadow of the Vampire, The Cat’s Meow, Across the Universe, Valkyrie and Victoria & Abdul. He has also worked as a voice actor in The Wild, Igor, The Chronicles of Narnia: Prince Caspian, Cars 2 and The Lego Batman Movie.

Izzard has cited his main comedy role model as Monty Python, and John Cleese once referred to him as the “Lost Python”. In 2009, he completed 43 marathons in 51 days for Sport Relief despite having no prior history of long-distance running. He has won numerous awards including a Primetime Emmy Award for Individual Performance in a Variety or Music Program for his comedy special Dress to Kill, in 2000. Izzard’s website won the Yahoo People’s Choice Award and earned the Webby Award. Izzard is openly “straight transvestite” having cross-dressed both on and offstage.

Izzard has campaigned for various causes and has been a Labour party activist for most of his life. He twice attempted to be elected for a seat on Labour’s National Executive Committee, and when Christine Shawcroft resigned in March 2018, he automatically took her place.