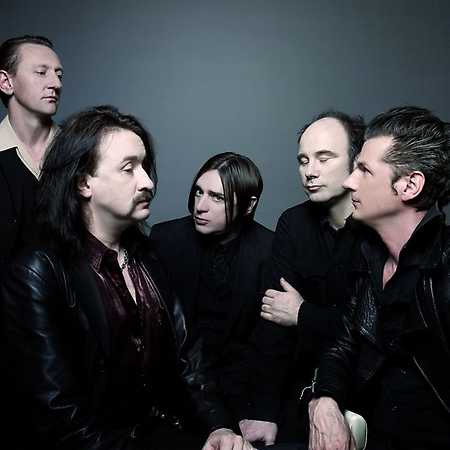 In West Berlin of the 1980s, many young and creative people saw the state of emergency as normal, in which everything seemed possible. When Blixa Bargeld, the frontman of the Einstürzende Neubauten, was asked if he wanted to play in the Moon Club on April 1, 1980, he quickly invented this band and called a few friends: the first lineup consisted of people who just had time that evening. This concert is the official birth of the band Einstürzende Neubauten.

With the release of their debut album Kollaps in November 1981, the band declared war on all conventional listening habits. The album, which was called unhearable, is a frontal attack on the listening habits that were dulled by the mainstream. The instruments consist, among other things, of a lack of financial possibilities, of _ found_ and self-made objects made of sheet steel, drills, hammers, a non-voice and professional studio technology that is consistently used against its actual technical purpose. It was precisely this non-conformist mixture that was to become the cornerstone of a completely new understanding of music, which would later influence countless artists and stylize subsequent albums as milestones in the industrial scene.

A Greatest Hits tour starting in January 2017 with a double concert sold out in record time in the spectacular Hamburg Elbphilharmonie showed that the band still belongs to the music scene after more than 35 years of band history.