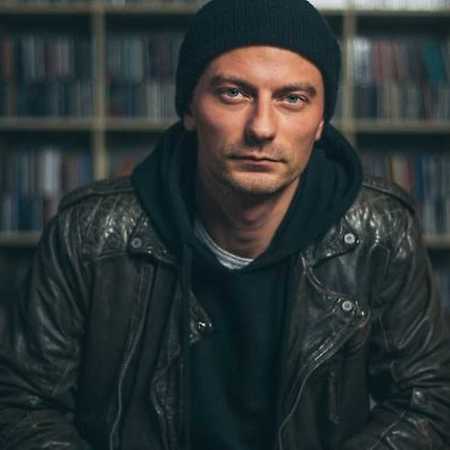 Emil “Blef” Wiśniewski – known as a rapper and a member of the popular Flexxip band he created together with Piotr Szmidt a.k.a. Ten Typ Mes, with whom he released the longplay album Fach in 2004. In 2008 he released a solo album Mam taką twarz, że ludzie mi ufają… Billing. Currently, he is a part of Alkopoligamia’s music project called Albo Inaczej, in which he gives concerts with such artists as: Krystyna Prońko, Andrzej Dąbrowski, Krzysztof Zalewski or Ralph Kaminski. He returned 11 years after the premiere of Mam taką twarz, że ludzie mi ufają… Billing with the single Coney Island, announcing his conceptual album Przesunięcia.

Przesunięcia is a conceptual EP containing eight tracks produced by multi-instrumentalist Andrzej “Fonai” Pieszak (Natalia Nykiel, Ten Typ Mes, Kinga Miśkiewicz). Despite being musically inscribed in hip-hop, the text layer stands in opposition to the content that is associated with this genre. From the perspective of a mature man, the father of four children, Emil talks about the search for a necessary balance in life, the fight against depression, parenthood, whose role is to guide children through the first stage of life. He reports on the title Shifts (Przesunięcia), i.e. on surprising, unforeseen situations in life, which disturb stability and to which he considers a return at his stage of life necessary.