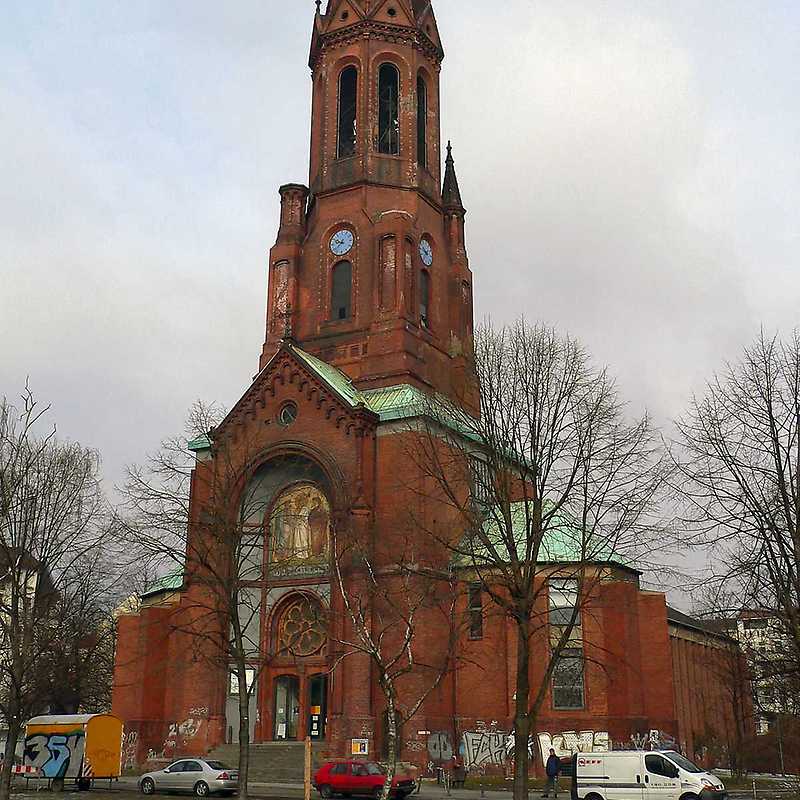 The Emmaus Church (Emmauskirche) of the Evangelic Emmaus-Ölberg-Kirchengemeinde was built according to plans and under the direction of August Orth from 1890 to 1893 at Lausitzer Platz in Berlin-Kreuzberg. It formed a building ensemble with the Görlitzer Bahnhof, also planned by August Orth, opposite. The nave, destroyed in World War II, was demolished, as was the annex of the church tower. At the end of the 1950s, a new nave was built.

Today, in addition to church services, concerts are held in the church as well as the annual Xjazz! Festival, during which the Emmaus Church acts as the center of the festival.