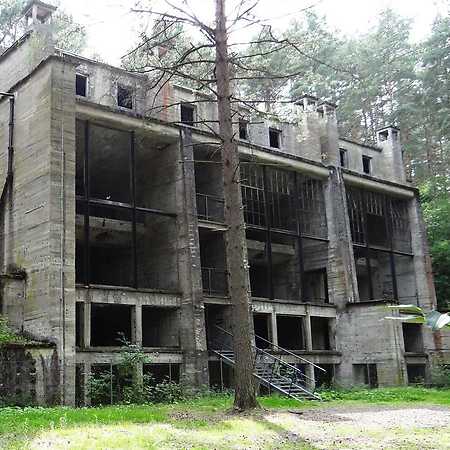 Exploseum in Bydgoszcz – a museum facility in Bydgoszcz, a branch of the District Museum Leon Wyczółkowski in Bydgoszcz, presenting the industrial architecture of the Third Reich in the DAG Fabrik Bromberg (one of the largest armaments companies of the Third Reich erected in the occupied Polish lands), along with an underground tourist route. The exhibitions relate to the history of the DAG group, which was founded by Alfred Nobel, the DAG Bromberg factory, the military, armaments, explosives, as well as forced labor in the Third Reich, resistance, conspiracy and sabotage. The Exploseum belongs to the TeH2O municipal Water, Industry and Craft Trail in Bydgoszcz and is the anchor point of the ERIH European Industrial Heritage Trail.