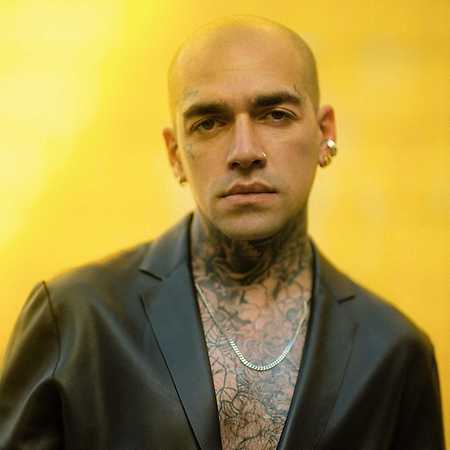 Ezhel (born Ömer Sercan İpekçioğlu) is a Turkish rapper from Ankara whose music blends trap, hip-hop and reggae. His song Geceler has been streamed more than ten million times on Spotify and he has been given the title “Freestyle King” by Hip Hop Life. He comes from a musical family. His mother was an Anatolian folk dancer, and his uncle was a musician and sound and light engineer. He received a scholarship to TED school, and began listening to US rap like Eminem, 50 Cent and Tupac Shakur. At 18, he began performing with a reggae band called Afra Tafra. After this group split, he formed his own reggae band, Kökler Filizleniyor, along with some of his friends from Ankara. He performed under the name Ais Ezhel until 2017. His debut album Müptezhel came out that same year.