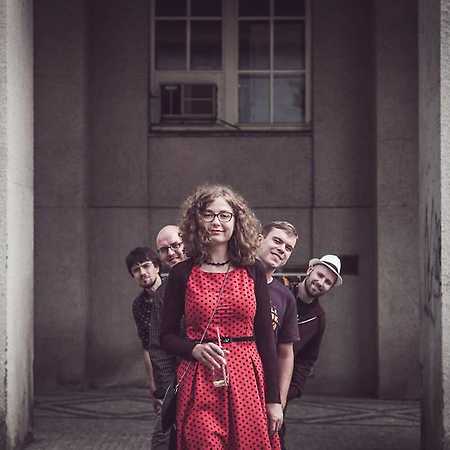 The band, whose genre is for its playfulness sometimes referred to as "Kinder Jazz", was established in 2009 by Eliska Svobodova, student composition at the Conservatory of J. Jezek. From this school came also other members: flutist Dusan Navařík (wrgha POWU Orchestra), pianist John Mazur (Emperor Penguin), bassist Vlado Micenko (wrgha POWU Orchestra) and drummer Cyril Lojda (wrgha POWU Orchestra Nedaba). Next year they won the Metropolitan University Award at a Mladí Ladí Jazz competition, due to what they could record their first album Polyorama. The same year they won also the Czech section of an international competition Jazz Prix. Because of their fresh originality Fanfán Tulipán is a looked-for article to be presented at festivals and concerts well over the Czech borders.

Typical sound of the band is created by Hammond melodion in addition to an Estonian zither, xylophone or a pipe.