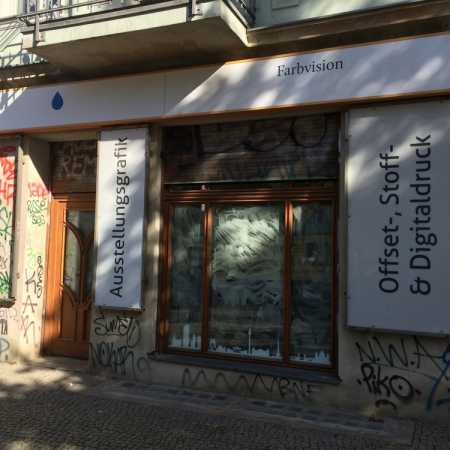 After moving to a new life and work space in Prenzlauer Berg, an area known for its substantial artistic and punk projects in the 1980s, artist Paul McDevitt discovered an architectural gem during renovations, a former butcher’s shop from the beginning of 20th century, which he turned it into an exhibition space devoted to solo artist projects.

The British artist is particularly interested in uncovering the local history through the exhibited works, as well as his own. His former studio was also the site of the first independent art gallery in the GDR, but didn’t make it into the history books since archival papers were burnt when the wall came down.