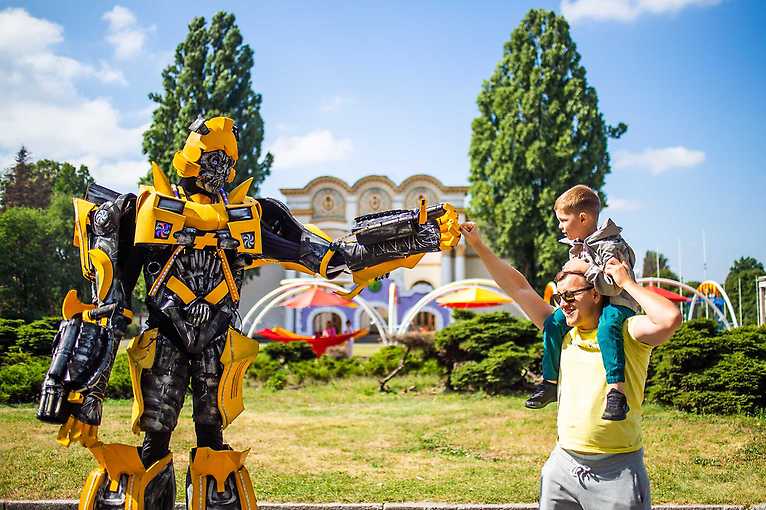 Fun Park is the largest family entertainment park in Warsaw. Two breathtaking animatronic exhibitions, a play zone and a catering area perfect for relaxing in the fresh air. All this can be found in the very centre of Warsaw, next to the Legia stadium at 3 Lazienkowska Street.

Dragons Alive, an open-air exhibition introducing children to the fascinating world of mythical dragons. Huge, movable exhibits present magical creatures from various cultures, legends and mythologies, which expands the entertaining aspect of the project with an educational layer. All the creatures move and make natural sounds, which creates a truly fairytale atmosphere in this area. What kid wouldn’t want to sit in the shadow of a talking tree and listen to its stories? This is possible in FFun Park.

The Robots Alive is a breathtaking exhibition of huge, moving robots modelled on machines known from popular films and fairy tales. Attention to detail and realistic execution of exhibits also impress adults. This zone is also extended with additional attractions for the youngest, such as children’s laser tag, paintball or the possibility to ride small tanks.

An additional attraction of FFun Park is the play zone, where children can have fun in the inflatable attractions, try their hand at various games or just relax with colouring books or in the sandbox. Right next door, the parents can also find solace in the chill zone with deckchairs, hammocks and refreshment stands.