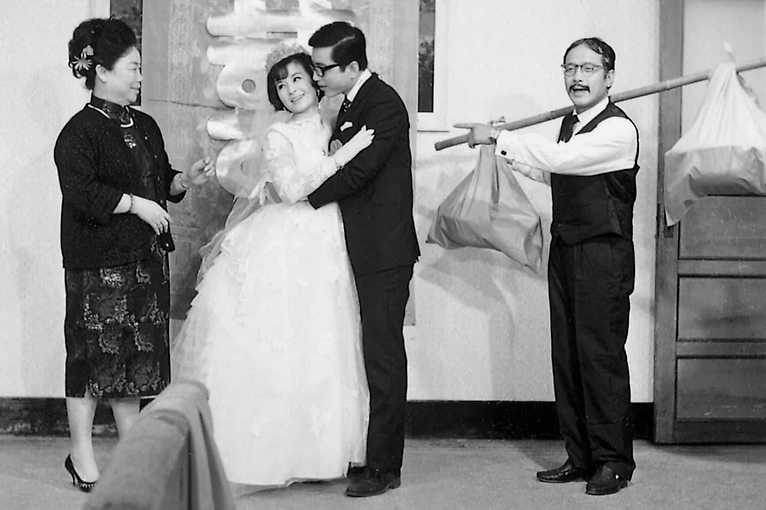 Bun-tik is a handsome but not too bright young man who is chased by all the girls in the neighborhood. His father closely guards his chastity, but he sneaks off with his girlfriend, Kui-ki, who is determined that they should get married. However, they run into new opposition when Bun-tik’s father meets Kui-ki’s mother and they discover they were lovers 30 years before. Xin Qi’s lively gender-reversal comedy stands with the younger generation. A swinging sixties farce, it pokes fun at the Confucian moral conventions that were the bedrock of melodramatic angst just a few years earlier. – Chris Berry