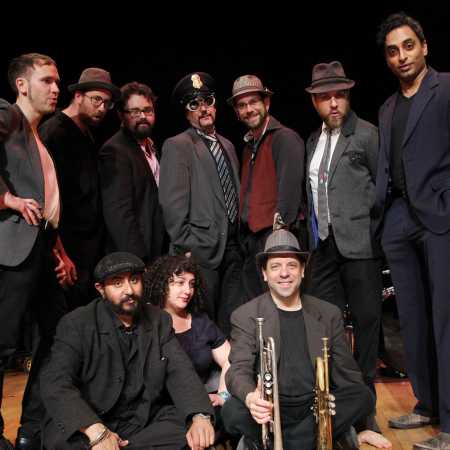 Frank London is a New York City-based trumpeter, bandleader, and composer active in klezmer and world music. He also plays various other wind instruments and keyboards, and occasionally sings backup vocals. With The Klezmatics, he won a Grammy award in Contemporary World Music for Wonder Wheel. London received a B.A. in Afro-American music from the New England Conservatory in 1980. London is best known for his role as trumpeter in the New York City-based klezmer band The Klezmatics. He is also a member of Hasidic New Wave and leads Frank London’s Klezmer Brass All Stars. He was a co-founder of both Les Misérables Brass Band and the Klezmer Conservatory Band. In addition to his work in klezmer music, he is in demand as a sideman, and has performed or recorded with such diverse artists and groups as John Zorn, John Cale, Itzhak Perlman, Allen Ginsberg, LL Cool J, Mel Tormé, David Murray, Lester Bowie’s Brass Fantasy, La Monte Young, Iggy Pop and many others.