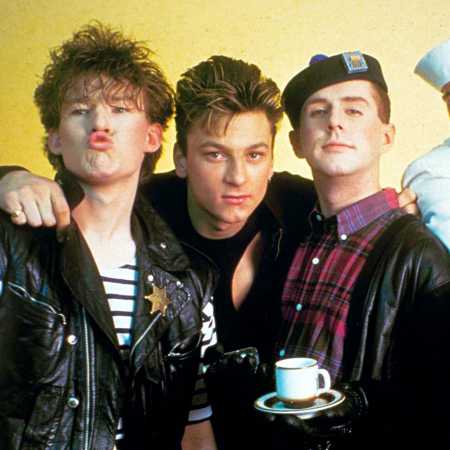 Frankie Goes to Hollywood  The Power Of Love

6:21 54 ×
Frankie Goes to Hollywood  Welcome To The Pleasuredome

4:10 5 ×
Frankie Goes to Hollywood  Warriors Of The Wasteland

About Frankie Goes to Hollywood

Frankie Goes To Hollywood, a group from Liverpool, they did in the mid-1980s. years of the last century. Debut single shot to Relax at the top of the island charts and stayed there for five weeks. In 2006 he finished among the seven best selling uk singles of all time. Even more songs occupied the charts the charts not only in the rodnéSpecifickou role played Relax together with the Power Of Love songs in the former Czechoslovakia.

Composer Ondřej Soukup ranked in 1987 both songs into the music when the slide to the groundbreaking Vitus Olmera Bony and calm, which at the time of constricted unadorned total censorship standards described the environment of the Prague community hawkers. An excellent snapshot of the music perfectly complement and Frankie Goes To Hollywood, thanks to high traffic suddenly became the most famous foreign film band in the country. – Translated by Automatic service