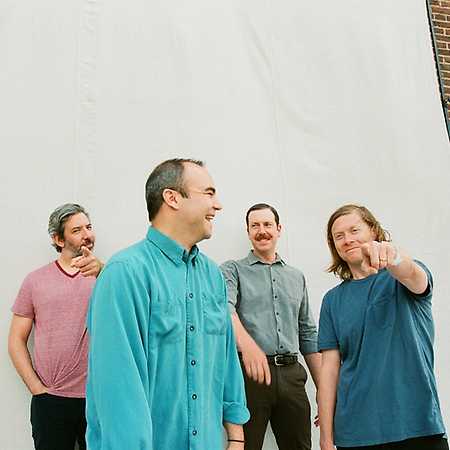 Future Islands are a synthpop band based in Baltimore, Maryland. The group consists of Gerrit Welmers (keyboards and programming), William Cashion (bass, acoustic and electric guitar), Samuel T. Herring (vocals and lyrics) and Michael Lowry (percussion). Future Islands formed in January 2006 in Greenville, North Carolina. The band came to prominence in 2014 after the release of their fourth album, Singles. Its lead single Seasons (Waiting on You) was considered the best song of 2014 by Pitchfork, and NME and its performance at the Late Show with David Letterman in March 2014, became the most-viewed video on the show's YouTube page. The years since the release of Singles have been transformative for Future Islands, catapulting the Baltimore-based band from cult favorites to synthpop icons.