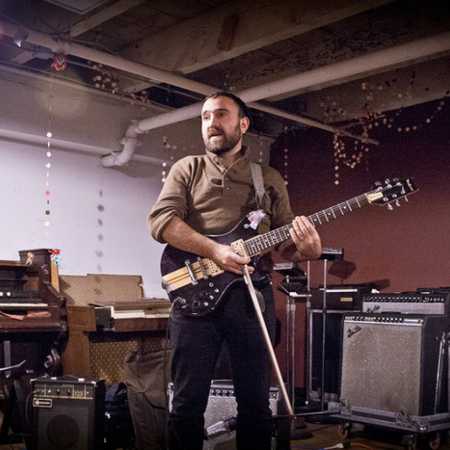 Gabriel Saloman is a Vancouver based musician and artist. Saloman has been performing experimental, conceptual and freely improvised music for over 15 years. He is known for his work as half of D Yellow Swans, a Portland based noise group that has released over 50 recordings and toured internationally over the course of their 9 year existence. He currently performs solo under his own name and has recently released records with Miasmah (NO), Shelter Press (FR), Infinite Greyscale (GR) and Beacon Sound (US). He is also a member of the group Chambers with Michael Red and has forthecoming releases on Debacle Records (US). Most recently he has been composing music for contemporary dance, including collaborations with choreographers such as The Contingency Plan, Daisy Karen Thompson, Lisa Gelly Martin, Rob Kitsos, 605 Collective and Vanessa Goodman. His compositions stem from investigations into temporal abstractions, conceptual sound and gestural noise. There is a parallel concern with sound art as both liberating practice and praxis. In particular he is interested in sounds relation to the body and its capacity to move collective bodies in space through affect. Sonically his work is haunting and deeply emotive, sitting between genres and drawing on cinematic and viscerally live qualities.