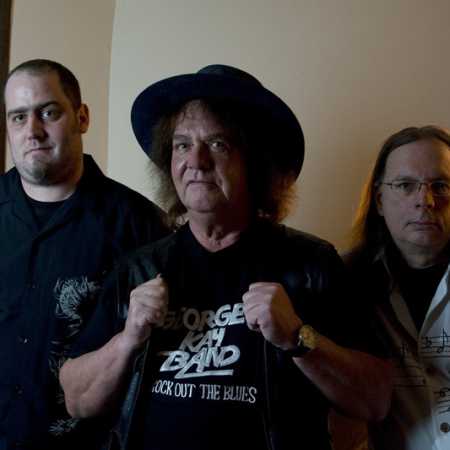 George Kay (George Kozel) is a Czech blues-rock and hard rock guitarist. In 1968 he was one of the founding members of the group Blue Effect. He emigrated to the United States, from where he later moved to Switzerland. In the late 70 Crown group he founded, which, among other things played a Czech drummer Karl Jahn Kasai and singer Patrick Mason, but he left in 1980 and was replaced by David Byron of Uriah Heep groups. He currently plays with the band George Kay Band, which occasionally performs with him as a former associate of the Rolling Stones Sugar Blue. – Translated by Automatic service