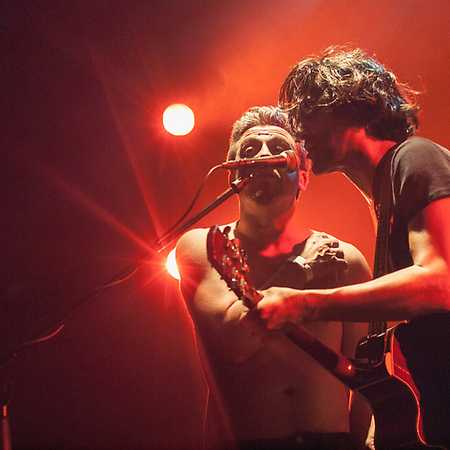 Gerda Blank - name of the woman shot while trying to cross the Berlin wall and also project the same name Rhys Braddock and Stuart Mills. The noise-rock duo have earned a reputation for explosive live shows all over Europe. The band, Rhys Braddock (guitar/vocals) and Stu Mills (drums/vocals), have supported high profile acts such as Kyuss and the Japandroids, and have performed at most major Czech Festivals (Colours of Ostrava, Rock For The People, Sazavá Fest). Drawing on influences as varied as Krautrock, NZ noise-rock, Prince and 90s alt-rock, Gerda Blank will be releasing a new E.P in spring in time for their 2019 European tour.