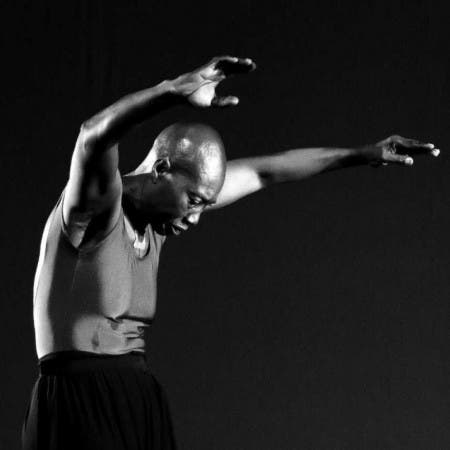 Germaine Acogny  Somewhere at the Beginning

Germaine Acogny is rightly considered the mother of African contemporary dance, and has received many honours and awards, including France’s highest knighthood, the Légion d’honneur. She studied in Paris in the 1960s and then immediately established the first dance studio in Dakar in 1968. From 1977 to 1982 she headed Mudra Afrique, then followed Maurice Béjart to Belgium where she was involved in dance, creation and teaching. In 1985 she and her husband Helmut Vogt founded a studio and school in Toulouse, and ten years later they returned to Senegal and laid the foundations of the École des Sables, the famous centre of traditional and contemporary African dance. Germaine also works actively in this millennium in Europe and the US, and even after age seventy she does not hesitate to return to the stage, where her personality still shines.