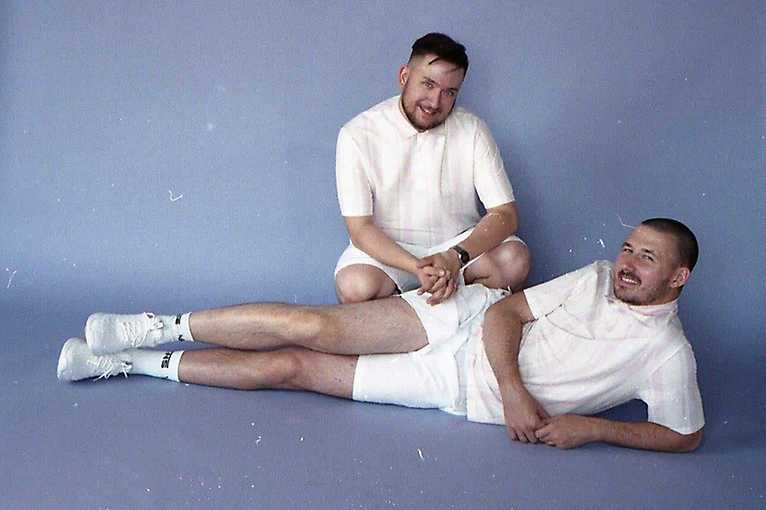 A concert by the Warsaw-Cracow duo consisting of Sisyphus HGW, also known as Legendary Afrofax, and Dicky Bushman (production).

Ignacy Matuszewski, or Dicky Bushman, has so far fulfilled the role of boss. He graduated from music schools with honours, taught harmony and life, had his beloved band Romantic Fellas (excellent debut in Kayax colours in 2017), started a family. Generally, the boy was leading the way. In the summer of 2019 he came with Romantic Fellas to play a concert in Warsaw. It was a stroke of luck that Michal Hoffmann (Sisyphus HGW) was in the audience, applauding the loudest and shouting vulgar words of encouragement between songs, and after the gig, uninvited, he dashed into the dressing room and gibberingly praised all the members, including Ignacy, who melted with emotion, as he always does when someone deigns to appreciate his ploughing on the fallow field. Wanting to somehow repay him, a few days later he sent Michal his hip-hop beats, made altogether for fun, but you never know. Enthralled by these surprisingly competent, over-the-top beats, Michał began writing his nihilistic rants to them. In them he touched on many weighty topics: the cult of money, human heroism, the essence of a relationship, the betrayal of ideals, mood fluctuations, key questions, the desire for death, the value of art, the suppression of pain, the fetishism of a resume, the size of genitalia. All very funny and tragic at the same time. The gentlemen saw themselves as a classic vocalist + producer duo and called themselves Gimnastyka Artystyczna. The album was made in less than three months, then it was left to mature and finally it is here. You can think of it as the missing link between P.O.L.O.V.I.R.U.S. and the Brainfeeder catalogue. In short, you’ll have fun like a dachshund in a hot tub.