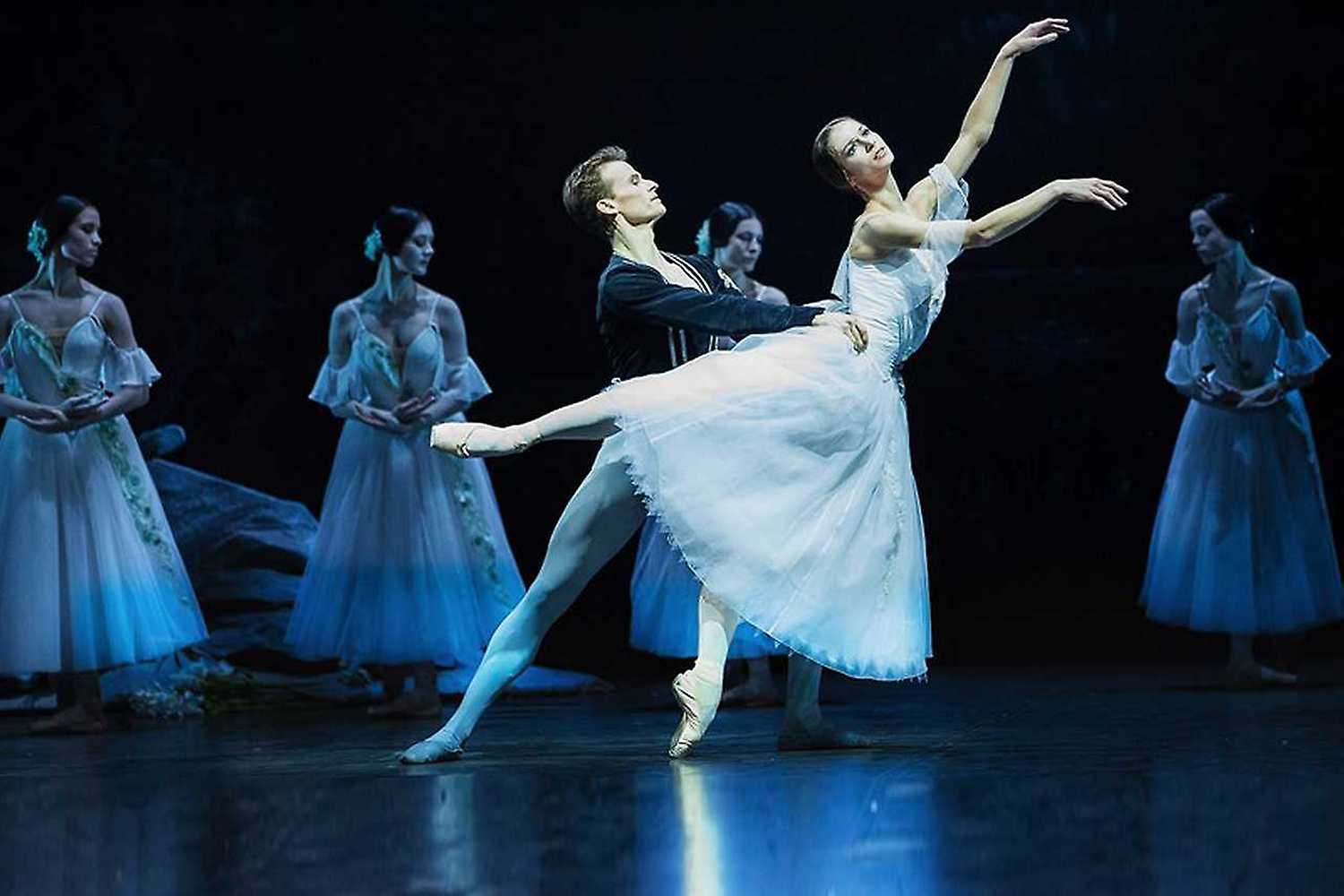 In Giselle, it is the dance-addicted Wilis around whom the libretto revolves. Wilis are fairy creatures who, as brides, died before their wedding because their love was betrayed. The sensitive Giselle suffers the same fate, for she loves not only dancing, but also Albrecht, who woos her even though he is already promised to another. When she learns the truth, she loses her mind and dies. Giselle is accepted into the community of the Wilis and, like her companions, is now condemned to seduce men into dancing at night until they die. Myrtha, the queen of the Wilis, watches over this. Albrecht also comes to the forest to visit Giselle’s grave.