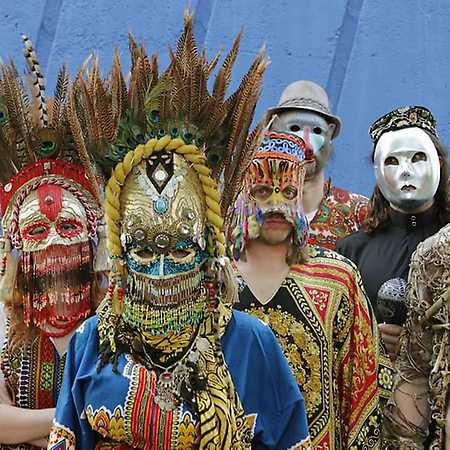 Goat  Hide From The Sun

Goat is a Swedish band that makes experimental music with elements of psychedelic rock, hard rock and new age, among others. The group is originally from Korpilombolo, a village in Sweden. Their first album World Music was released in 2012 on Rocket Recordings. Further releases followed and secured the band a level of recognition, which can be recognized through performances at the American festival Coachella or Glastonbury, among others. Their trademark performances on stage are folkloristic/spiritualistic masks and costumes.