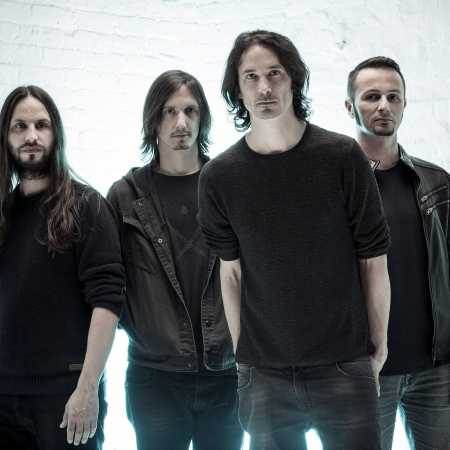 Gojira is a French metal band from Ondres, close to Bayonne in the South West of France. Formed in 1996, the band was known as Godzilla until 2001. Gojira is composed of Joe Duplantier on vocals and rhythm guitar, his brother Mario Duplantier on drums, Christian Andreu on lead guitar, and Jean-Michel Labadie on bass. Since their first studio album, Gojira has had no changes in lineup, written six studio albums and produced two live DVDs. They are known for their environmentally-themed lyrics and have gone from “utmost obscurity” to being mentioned regularly “amongst the genre's leading new millennium upstarts”, according to Allmusic. Besides favorable reviews in Pitchfork, Q Magazine and The Guardian, there is something else that shows the qualities of Gojira. Not only that they also got invited to support such musical behemoths like Metallica, Slayer and Mastodon, there is also the fact that Deftones, Slash and Lamb of God are among many of Gojiras enthusiastic fans. Their sixth album Magma (2016) was nominated for Best Rock Album and the single Silvera was nominated for Best Metal Performance at the 59th Annual Grammy Awards.